Who Sang, 'I Want To Know What Love Is'? 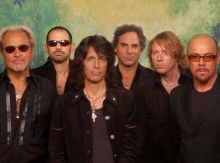 'I Want To Know What Love Is' was sung by Foreigner. The band are considered part of the hard rock genre and were formed in 1976. This song is probably their most famous record, and it topped musical charts in several countries.

Over the years, the song has been covered by many artists. One example was for the soundtrack for the video game 'Grand Theft Auto: Vice City Stories in 2006'.

Tina Arena, Wynonna Judd and Mariah Carey are all major artists who have recorded cover versions of the song.

Foreigner- I want to know what love is. The song was originally written by Mick Jones, the band's front man. Mick Jones was the inspiration for the band's name, as he was the only British band member (the rest were American).

Their album, 'Foreigner', included hits such as 'Cold as Ice' and 'Long Long Way From Home', and it sold more than four million copies in the US. The album's success resulted in it staying in the top twenty for a year.

The band are still touring today, although Mick Jones is the only remaining original member.

Meta Forrest answered
Foreigner had the original hit with this song.